Enfield Council Company records losses of over half a million £; Yet pays two Directors more than the PM

December 2, 2020 James Hockney Energy Comments Off on Enfield Council Company records losses of over half a million £; Yet pays two Directors more than the PM 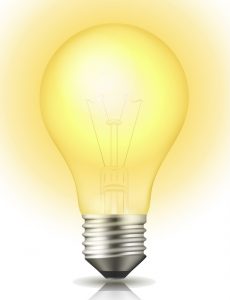 Energetik, the Council funded energy company has reported a loss of over half a million pounds in recently published accounts.

Whilst at the same time two Directors are paid more than the Prime Minister. Enquiries made by the Conservatives have shown that one Directors salary is £175,000 and the other £220,000.

It is one of several council owned companies established by the Labour administration a few years ago, pumping in hundreds of millions of pounds of loans, secured by the Council lent on to the companies, including Energetik. The intention was that they would generate healthy revenues for the council.
An accompanying shareholder notice from the Managing Director states that the company made a loss of £569,000 in 2019/20. This was mainly due to delayed commencement of construction of the company’s Meridian Water energy centre and heat network to match the build out of the main housing development scheme, and the commensurate delay to capital expenditure and associated loan and interest payments.
Sadly, Enfield Council has an appalling track record when it comes to setting up companies. For instance Independence and Wellbeing Ltd (IWE) was set up by the Council to provide adult social care was wound-up recently after less than five years because of high administrative costs.

Shadow Finance, Councillor James Hockney said, “It is a quite incredible state of affairs at the Council. Not only is the Council pumping hundreds of millions of pounds into these companies, but we are seeing losses like this and salaries exceeding that of the Prime Minister. The whole point of setting up companies is they make a profit and support Council services”.

“We have already seen recently that IWE went was wound up. The whole approach of the Labour administration needs to be brought into question following one company being wound up and another company losing money that is paying Directors significant salaries”.
“Half a million pounds could, for instance, could provide ten thousand local low income households with decades worth of low energy lightbulbs”. As they say, actions speak louder than words. Despite all Labour’s rhetoric at their Party Conference and in the ensuing weeks in the House of Commons. Yesterday they tried to increase energy prices. Yes, you read it correctly – increase.

During the debate in the House of Lords on the Energy Bill, three Peers including Ed Miliband’s shadow Energy Minister Baroness Bryony Worthington proposed an amendment to bring forward the 2030 Decarbonisation target. Such a move, research has shown, could have added £125 to an average bill. Fortunately the vote was lost due to Conservative Peers helping to vote it down by a narrow margin of 14 votes.

It is worth remembering, under Labour (1997-2010) the average domestic gas bill more than doubled and Ed Miliband is still committed to the 2030 decarbonisation target and the increase in energy bills that would result.

Let us not forget also, that within 12 hours of his price freeze promise, Ed Miliband admitted that he would break his promise if wholesale prices rose. Energy companies would simply raise prices before and raise prices after the freeze to avoid it!

The Prime Minister meanwhile has a plan of action. This includes; (1) Ensuring energy companies put customers on the lowest possible tariff (2) Looking at rolling back the green levies that typically add £112 to an average bill (3) Opposing Labour’s 2030 decarbonisation £125 increase (4) Introduce a proper competition test to make sure the energy market is offering a good deal to the bill payer.

On a personal note. Does anyone remember how difficult it used to be to change energy supplier? After watching Watchdog, who did a piece on this issue. I went onto a price comparison website – I have switched supplier – will save around £100 on my household bills and a genuine freeze for the next year. Already the welcome pack from the new supplier has arrived.

Thank goodness we have a Conservative led Government!