Supporting the next generation 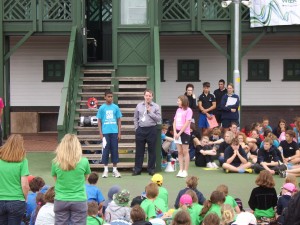 This was a wide and varied role including attending schools, youth sporting events (pictured right: speaking at the Year 4 Mini Olympics Cambridgeshire), adult sporting events and those aimed at encouraging seniors to be active. 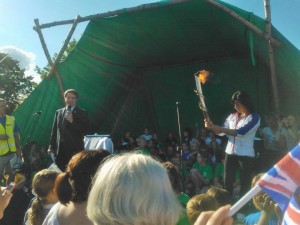 Two of the largest events in the District were the Histon Olympic Celebration (pictured right: addressing the large crowd) and the Milton Parklife events – both attracting thousands of people.

In addition to one off and annual events, many ongoing groups and activities were brought forward including countless new walking and running groups being founded across South Cambridgeshire. 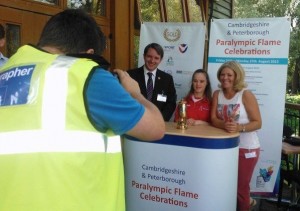 He also welcomed the Paralympic Flame to South Cambridgeshire at Milton Country Park speaking before hundreds of visitors to celebrate the day (pictured left: With athlete Charlotte Cox and Cllr Pippa Corney).

In addition he Chaired the Elite Athletes Grants Panel supporting and providing thousands of pounds of funding to promising young athletes across South Cambridgeshire area. 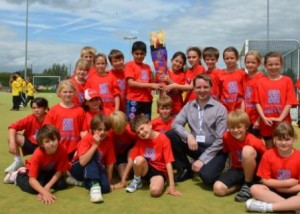 This was all part of a strategy he spearheaded to increase sporting activity. This was such a
success that the Council area rose to rose to number one for sporting activity in the Eastern Region and into the top ten nationally.