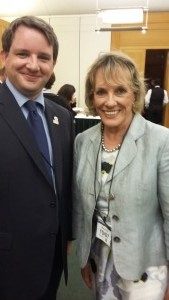 For over a decade, James has been working with  the Red Balloon Learner Centre Group, who have a learner centre in north London, at Harrow. The charity helps children that have been so badly bullied that they no longer attend school – a real issue of social justice and ensuring these youngsters get the education they deserve.

James has drafted a plan to tackle bullying in Schools, the ‘charter for bullied school children’ has drawn widespread praise and has been featured on the influential blog page ‘Conservative Home’

Serves on the All Party Parliamentary Group into School Bullying. This group brings together Parliamentarians, Peers and anti-bullying charities to look at how we can work together to reduce instances of bullying in our schools.

An active and committed fundraiser 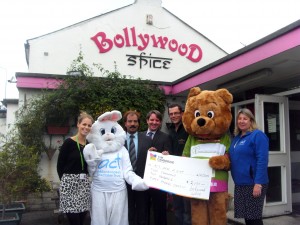 Over the years, James has been organising countless successful charity events for good causes including; 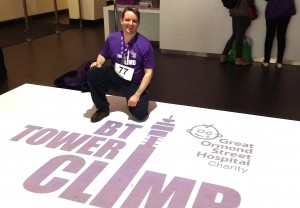 In 2016, James also took part in the BT Tower Climb, climbing 1,000 steps in 12 minutes and so raising funds for the Great Ormond Street Hospital Charity. 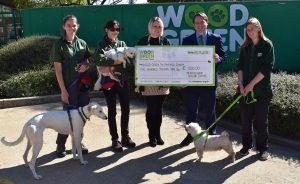 In addition, James has continued his charitable commitment by ensuring that his company, Skyline Comms Ltd also supports good causes. In this case, the Wood Green – The Animals Charity.

Founded a Trust to protect our Tudor history 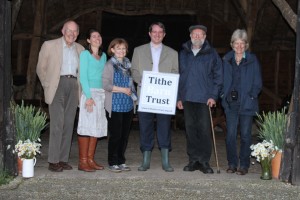 James has led efforts to restore a listed Tudor Tithe Barn Trust. It is the only one in the UK with the original floor in place. Pictured right: Celebrating securing charity status with some of the Tithe Barn team.

To learn more about the Tithe Barn visit www.facebook.com/FriendsofLandbeachTitheBarn 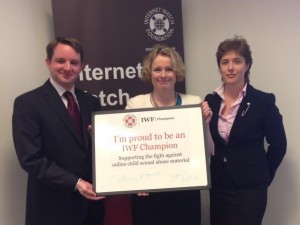 James was the first Councillor to be one of the IWF Champions’ – joining Parliamentarians and MEPs in public support of the Internet Watch Foundation to help raise awareness of where to report online child sexual abuse, and the IWF vision of eliminating this type of online content.

Supporting the next generation 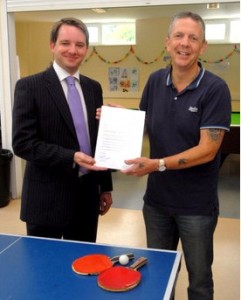 Most notably James helped the youth charity ‘WAY’ securing details for a potential charity fund for the charity at the Conservative Party Conference in 2011. The charity secured an £18,000 grant. This represented a very significant amount of money to the charity.

Gave community thanks to retiring youth project leader, Dave Beasley – who made a real difference in the community. This was featured in the local press.