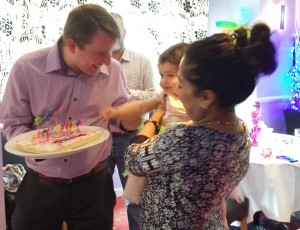 James lives in Edmonton, part of Enfield Borough, where his wife’s family live and have long ties. Originally grew up in Cambridgeshire, made the move to Bush Hill Park where he will bring up his young family – his daughter was born in London – James deeply values the NHS.

His wife plays a leading role at a north London charity that provides key outreach and activities to Pensioners. This much valued service makes a 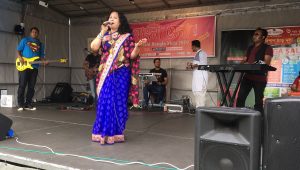 real difference to many lives.

James’s in-laws, in addition to being business owners; are well known entertainers and active in the London Bangladeshi community through films, music albums, stage shows and tv appearances. Pictured right: His Mum-in-law performing at the Bangla Mela in Ponders End. Currently they both have their own regular television shows on Bangladeshi television and a you tube channel! 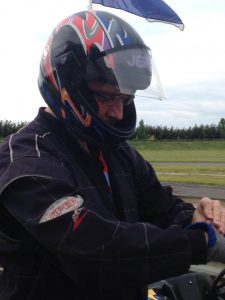 James has a keen interest in science, including being an astronomer from a young age. This led to him gaining a job at Modern Astronomer and Amateur Astronomer. The hi-light of this was writing numerous articles on a range of subjects including on extra-solar planets and working with Sir Patrick Moore. The publishing company organised a number of Astronomy shows – where Sir Patrick bought two of his own books, signed and gave to  them to James as a gift.

He is an avid motor racing fan, having competed in a karting events over 15 years in Cambridgeshire, Suffolk, Huntingdonshire, Midlands, Oxfordshire and Hertfordshire. Most recently entered a sprint race in Suffolk comprising 20 drivers and secured a 2nd place trophy. When in the USA he was tutored by the to Richard Petty School to drive a 600bhp Nascar.

He was the first person in his family to go to University completing his Law Degree as a mature student. Graduating with Honours. This has proved to be a wonderful experience gaining knowledge of the law and new skills to complement politics.  Included countless exams, assignments, moot cases, presentations and a dissertation on human rights.