UK – helping those in need around the World

November 8, 2014 James Hockney International Aid Comments Off on UK – helping those in need around the World This week saw the important opening of an Ebola Treatment Centre in Sierra Leone which has 80 beds to be managed by Save the Children with a further 12 bed centre staffed by British Army medics. Vital in the fight against Ebola – especially as there are currently just 326 treatment beds in Sierra Leone.

The site also has a testing laboratory run by British scientists that doubles the country’s lab capacity. Construction of the treatment facility has been a real team effort – funded by the Department for International Development and designed and overseen by British Army Royal Engineers. It is the first of six centres to be built by Britain in Sierra Leone. 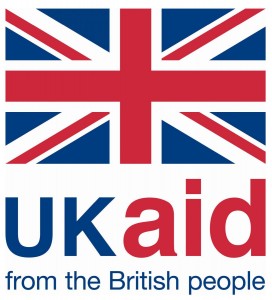 Now construction moves to the other five proposed treatment facilities, at Port Loko, Makeni, Moyamba and two further centres in Freetown are so important. Once completed, these facilities will take the number of UK-supported beds to over 700, capable of providing direct medical care to up to 8,800 patients over 6 months.

This is just part of the UK’s £230 million Ebola response package includes funding for burial teams, work with communities on new burial practices, the roll out of up to 200 new community care centres and help support the country’s stretched public health service. 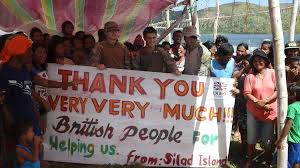 Across the World, UK aid is helping the lives of the world’s poorest people. For example we are helping 2.3 million women to get into work; working to get 4.5 million girls into primary and 700,000 girls into secondary school by the end of this year; and working to tackle diseases by providing safe drinking water.

Now you may ask, does the money get to those in need? DfID now has a ‘Aid Transparency Guarantee’ that means ensures 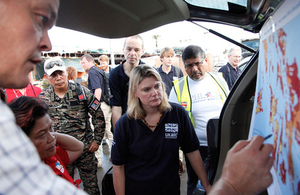 that everyone can see how the UK’s aid budget is spent and before financial aid is provided, DfID checks the risks of corruption and only provides funding if it is clear it will be used for proper purposes. Moreover the UK is leading efforts against corruption at the heart of the G20. Leading in the creation of the G20 Anti-Corruption Working Group. 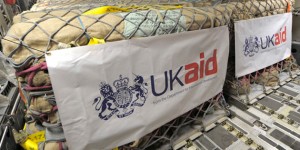 We should be proud of the efforts that we are making to save lives around the world.