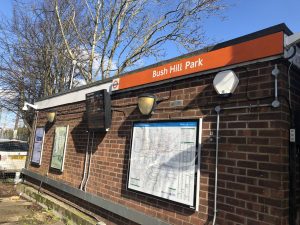 There have been ongoing issues on both sides of Bush Hill Park with fly tipping. I have been actively working with the Council, residents and the local Residents Association on this issue.

We have managed to ensure that fly tipping is cleared on a regular basis.

But in addition the Waste Enforcement Officers from the Council visits these bins regularly and investigates for unlawfully dumped waste. To this end, the Council recently issued FPNs (Fixed Penalty Notices) on two vehicles who parked and used these bins.

In addition tried to dump rubbish on the Sainsbury side in a locked bin whilst enforcement officers were present!  A warning letter to the driver.

On top of this the Council have recently issued Fixed Penalty Notices on dumped waste; one in Queen Anne’s parade and two littering FPNs outside Sainsbury’s.

We will continue to work hard to keep Bush Hill Park tidy.