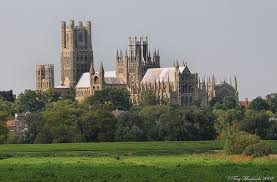 Firstly, congratulations to Cllr Lis Every on being elected to East Cambridgeshire District Council to represent Ely East Ward. I am sure that she will do a great job representing local residents on the Council.

During the by-election, I found on the doorstep that Lis and the Conservative team messages on vital projects to help the local economy like; the by-pass, new cinema, leisure centre/pool and a revitalised the town centre – really resonated with residents.

Meanwhile the Lib Dems are opposing the savings needed to fund these projects. Draw your own conclusions.

Clearly the residents of Ely East have spoken, I was delighted to have played a part in the successful election campaign.

Results in full were as follows;