Conservatives warn of Croydon Scenario due to debt levels mounting

Enfield Council’s debt level is spiraling out of control. The Labour run Council has amassed a £1 billion of outstanding debt. The figures were reported in the Treasury Management Report which was discussed at the November Full Council meeting.

Borrowing figures are worrying as it is 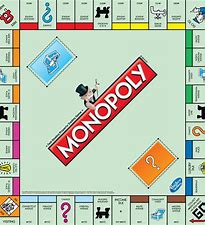 potentially putting Enfield Council on the same path as Croydon which effectively has gone bankrupt with a debt level not much different to our own council.

The Council has moved past £1bn of debt. This would have been £200m higher had COVID-19 not delayed investment plans. Despite, Conservatives making constant representations at Full Council meetings of the risks, the Labour Administration is still wedded to doubling the debt to reach over £2bn in the next five years.

The irony is that there is very little to show for the borrowing undertaken. Hundreds of millions have been borrowed in order to develop at Meridian but not a single home has been built. The council’s energy company has yet to make a profit.

Interest on the borrowing is paid from the revenue account meaning that money used to fund everyday services that residents crucially rely on.

Councillor Joanne Laban, Leader of the Opposition and Conservative Group, said “Croydon effectively going bankrupt should be a wake-up call for the Labour Administration here in Enfield. The Conservative Group will be informing the Secretary of State of its concerns as we do not wish to see Enfield Council going the same way as Croydon.”

Councillor James Hockney, Shadow Cabinet Member for Finance, said “This Council continues to borrow like there is no tomorrow; ignoring the stark warning signs. They still cannot explain why, pre-covid, they changed course from paying off their debt to instead more than doubling an eye watering level of existing debt. They are playing monopoly with the people’s money”.