May 14, 2020 James Hockney Highways Comments Off on A10 average speed camera 📸 results 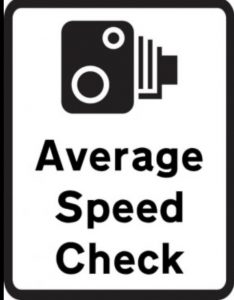 During the 1st month of the A10 Enfield Borough average speed cameras 📸 on average are catching 186 speeding drivers each and every day.

The community campaigning was worthwhile!

Over the years the A10 has seen some of the worst speeding across most of London and indeed the country.

May 2, 2020 James Hockney Highways Comments Off on 1st Anniversary of A10 Operation Vision Zero 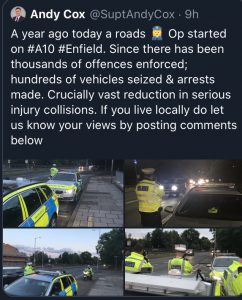 Today marks one year since the A10 Traffic Police Operation ‘Vision Zero’ commenced. In that time we have seen a significant number of traffic enforcements, cars seized and arrests. Their action is saving lives and keeping the road safer and quieter. Huge thank you to Detective Supt Andy Cox and the Traffic Police team.

Enfield/Edmonton A10 speeding mentioned at No.10 briefing

April 25, 2020 James Hockney Highways Comments Off on Enfield/Edmonton A10 speeding mentioned at No.10 briefing

Enfield/Edmonton A10 speeding mentioned at No.10 briefing

At the No.10 briefing today the Home Secretary referenced the 134mph speeding on the Enfield/Edmonton A10. Underlines why the Traffic Police Operation ‘Vision Zero’ and average speed cameras 📸 we campaigned for were so important – in catching these irresponsible, dangerous, selfish drivers. 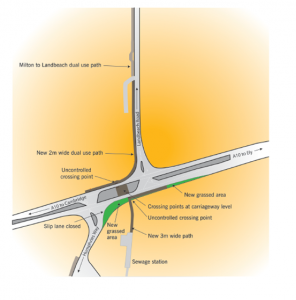 The ‘A10 Safer Junction’s’ campaign has now had its first success with improvements starting on Monday (July 8th) at the Landbeach/Milton junction.  The petition campaign was well supported with over 1,200 people signing and was directly credited with starting the consultation process for improvements.

Two schemes were consulted on. The chosen design as pictured will take 8 weeks to complete. It will create a new pedestrian and cycle crossing on the A10 junction between Milton and Landbeach 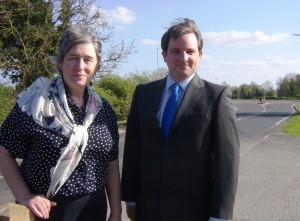 both have a high accident rate. Once the improvements are in place we will see if further action is needed. Last year the Conservatives put a new cycleway and footpath between Milton and Landbeach (something the local community have wanted for decades) and this is an additional welcome step. Pictured with local campaigner Sarah Smart where the footpath currently ends.

This latest success follows on from securing a reduced 50mph limit along the A10 and street lights and traffic lights at the Denny End junction. 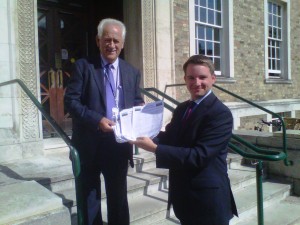 Today at 11am I presented the A10 Safer Junctions petition signed by over 1,200 local residents to Cllr Mac McGuire (Highways Portfolio Holder) at Cambridgeshire County Council Shire Hall.

The petition calls for action to make the two junctions at Landbeach/Milton and Waterbeach/Landbeach safer.

I am delighted by the response that we have had this year to the petition campaign that we launched in February. It is clear that both these junctions have been of serious concern to local residents for many years. We must see action. Last year we succeeded in the reduced 50mph limit on the A10. Now we must get these two junctions improved once and for all. This petition sends a clear message to Highways in the call to action. Thank you to all the local residents who supported the campaign.

Many residents have commented that the junctions’ layouts are unclear and confusing. The petition calls for action and funding to improve the two junctions in consultation with the local community.

The petition will go before the next meeting of the County Council Cabinet on September 10th.

We are pleased to report that Sir Jim Paice MP has joined the petition campaign launched by Cllr James Hockney to make the Waterbeach &
Landbeach (Slap-up) and the Milton to Landbeach junctions safer.

Thank you to all the hundreds of residents that have already signed the petition. Councillor James Hockney said, “We must see action. Last year we succeeded in the reduced 50mph limit on the A10. Now we must get these two junctions improved once and for all. I will press for action with the local community.”

Many of you have said that the junctions’ layouts are unclear and confusing. The petition calls for action and funding to improve the two junctions in consultation with the local community.