Many of you have contacted me regarding the overgrown trees situated along Edenbridge Road. I contacted Enfield Council to raise these issues on behalf of local residents.

So some good news. The area tree officer is scheduled to survey all the Hazelnut trees along Edenbridge Road next week.

Once this takes place, it is expected that the works will commence in August and as a wider piece of works, be conducted in a six to eight week time span.

If anyone has any further questions then please let me know.

Cllr James Hockney, Finance Shadow Cabinet Member, has welcomed the announcement that Enfield Borough Council will receive a further £3.3m from the Government to help pay for its response to coronavirus, as part of a £500 million package of additional support. 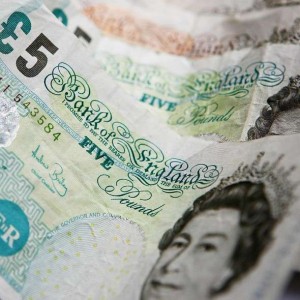 The extra £500 million – which brings support for pressures they are facing to £4.3 billion – will ensure councils in England can continue to deliver crucial frontline services, support those most in need and continue delivering for residents.

In total, since the pandemic began, Enfield Borough Council will have now received an additional £21,276,285. This additional support forms part of a comprehensive package of Government support to help councils respond to the pandemic, including an unprecedented new scheme to help councils recover lost income, including from car parks and museums, which have been shut during the lockdown.

In addition, the Government has announced a co-payment scheme that will compensate councils for irrecoverable income losses from sales, fees and charges. And to enable them to get on the front foot and build much-needed breathing space into their budgets, the Government is also allowing them to spread their tax deficits over three years rather than the usual one. This will allow authorities to pay deficits off in a reasonable timescale and will limit their cashflow pressures.

The staff at Enfield Borough Council have played an incredible and heroic role in coordinating the local response to Coronavirus. I am certain that everyone in the Enfield Borough community will join me in thanking them. In what has been done in the most extraordinary of circumstances.

The Conservative government was clear at the beginning of this crisis that they would stand behind our councils. They have stepped forward with significant funding; protecting local services and ensuring councils come through this difficult period with stable finances. The latest additional £3.3m shows that they’ve continued to listen to local concerns and will protect local services in Enfield North, Enfield Southgate and Edmonton on which we all rely. Conservative Mayoral Candidate joins call for Mayor to deliver on A10 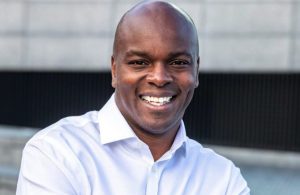 Shaun Bailey, the Conservative Mayoral Candidate for London has joined the calls of local Enfield Borough Conservatives for the Mayor of London to deliver on the A10. Over the years Shaun Bailey has submitted questions to the Mayor on the issue as a GLA member. At the most recent Mayors Question Time, he submitted a question on why only half the A10 Enfield Borough stretch having cameras – the response was that was as TfL and the Mayor of London had only ever intended covering the northern section of the Borough.

Shaun Bailey said, “The Mayor of London is failing to keep residents safe in Enfield and Edmonton. The A10 is a hotspot for dangerous driving, and it’s putting residents’ lives at risk. It’s the Mayor’s job to protect Londoners and he should be cracking down on such reckless driving and supporting residents.

As Mayor, I’ll prioritise this project and deliver speed cameras along the A10. Residents have waited long enough for action.

Well done to Cllr Laban and Cllr Hockney for keeping up the pressure.” 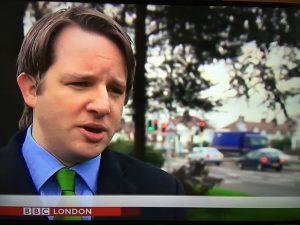 I am very grateful to Shaun for adding his name to the campaign for action.

As I have written previously the A10 through Enfield and Edmonton has seen some of the worst speeding offences in England and was even mentioned in a No.10 press briefing. (Pictured right, being interviewed by BBC News on the issue).

Over the years the community has campaigned for action. As a result of these efforts has seen the Met Police Traffic Command implement ‘Operation Vision Zero’. This is a targeted Traffic Police operation to tackle dangerous and speeding driving – focusing on a few roads across London.

Residents have had enough of the reckless and dangerous driving along the A10. The efforts of the Traffic Police have made a real difference. We have succeeded on campaigning for average speed cameras – but the Mayor and TfL have only half delivered – we will hold them to account to finish the job 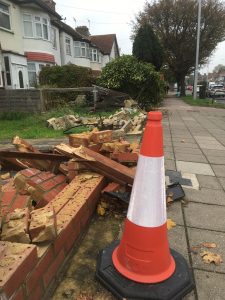 Over the northbound bridge on the A10 saw one of the speed cameras removed. Local residents live in fear after a series of cars smashing into the front of their properties – and directly blame the removal of the enforcement camera. It is residents like this that the Mayor of London and TfL need to deliver for.

The issue has also been raised with the three local Members of Parliament, Enfield Council and the local GLA member.

As a local Councillor and resident I will continue to press for action until this issue is resolved – it is really great to have the support of Shaun Bailey for the campaign. 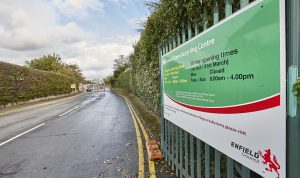 Many residents having been complaining of struggling with waste, in part, following the the Labour run Enfield Council moving to fortnightly bin collections for blue and black bins and charging for green bin collections.

The local recycling centre being open and accessible has therefore been a key concern.

Clearly with Covid19 any Council will have to 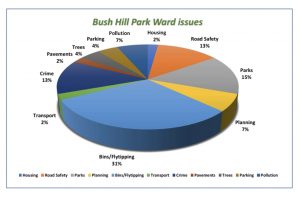 have had to changed processes, but residents remain concerned at difficulties in securing appointments and not being able to drop off waste at quiet times.

I have raised these issues at a senior level in the Council.

Whereas before appointments were allocated, the new system the Council has brought in allows days/times to be selected by the user. This is a welcome and commonsense step.

Currently due to Covid19 there are a set number of bays for dropping waste, this is to ensure social distancing. The Council said that this may give the appearance of the centre being quiet, all bays actually may be full.

There has been a significant issue to appointment no shows, although this has dropped from 28% to 18%. This still means that nearly two in every ten booked appointments do not attend.

A common sense approach is being taken during quiet times for those without an appointment – since the centre re-opened in May nearly 900 vehicles were allowed on site without appointments.

As mentioned on previous blogs and posts, the casework for recycling and flytipping has increased greatly and become the number one issue that you have raised. I will continue to work with the Council and represent your concerns.

79% say NO to new Edmonton Incinerator

July 10, 2020 James Hockney Environment Comments Off on 79% say NO to new Edmonton Incinerator 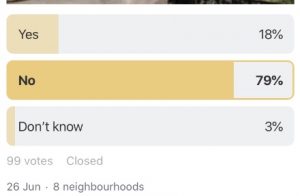 I have been reading correspondence and listening to local residents concerns about the proposed new Edmonton Incinerator.

From this I decided to run a poll on the local community page, Nextdoor.co.uk to gauge opinion on this issue. In total 99 people took part in the poll with an overwhelming 79% saying NO to the new Edmonton Incinerator. 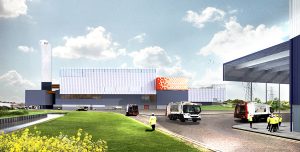 Clearly this is an emotive issue with strong opinions on both sides, one arguing for reducing landfill, the other reducing pollution.

Having watched the recent livestream meeting many key concerns were raised by a wide range of contributors including politicians (including Sir Iain Duncan Smith and Kate Osamor MP) and medical experts.

Some of the key questions that I noted were;

(4) Waste now proposed to come from areas outside the seven authorities area.

(5) Whether plans align with the climate change emergency.

From the issues raised and the responses provided there are demonstrably grounds for concern regarding this project. In light of this, I support the call to ‘Pause and Review’ the project with independent experts to assess the plans.

Many of you have asked what are the main issues that local residents are raising. Well this is the second edition of monthly updates to answer that question.

The chart below is the Bush Hill Park Ward break down of issues raised with me and that I worked on in the month of June.

One noticeable issue is complaints about the bins and fly-tipping. This has been rising steadily over the last few months and is now, by far, the number one issue.

You only have to look on social media to see the calls for the Enfield Council to bring back the scrapped weekly bin collections. They need to listen to these views.